It is not so much that organic food is significantly more nutritious than conventional foods. 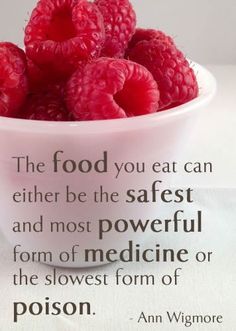 Although this is often the case as organic farmers tend to grow their food in a higher quality soil than mass production farmers that load the soil with chemicals, and strip it of nutrients by over planting the same crops continuously. Smaller family farms tend to grow more heritage varieties that can be higher in nutrients over the mass farmed produce that has been genetically modified for it's toughness to survive transportation and storage. The big thing really, is that consumption of organic foods can reduce exposure to pesticide residues and antibiotic-resistant bacteria. Sometimes it's not so much what isn't in the food (nutrients), it's what extras you're getting that we just don't want in our bodies.

This is also a very difficult question to answer because "Organic" has such a wide range. With produce, it's much better because it's cleaner. Now to say that everything labelled organic is good for you, that's a stretch. When it comes to packaged products, that's when you need to be an avid label reader.

choices. Then they add lots of extra junk that's just not good for you like sugar or preservatives. Beware of phrases like "natural flavour", it means preservatives or other chemicals you just don't want. Companies can be very sneaky with wording to make things seem harmless. If it was actually natural flavour of something like cherry it would say cherries. Also stay away from anything you can't pronounce. If you have no idea what the word is, or can't picture your grandma cooking with it in her kitchen, put it back on the shelf! "Gee grandma, these oatmeal Butylated Hydroxyanisole muffins are yummy" said no one ever!!

Butylated Hydroxyanisole (BHA): A potentially cancer-causing preservative, clasified as "safe" by the FDA. It is a preservative, but also a major endocrine disruptor and can seriously disrupt your hormones. BHA can be found in foods, food packaging and cosmetics.
0
0
0
s2sdefault 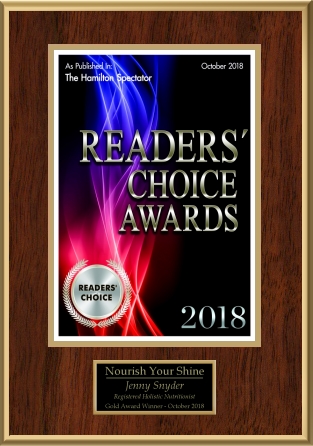 Thank you for helping Nourish Your Shine become a Reader's Choice Gold Winner!